So who is this Atom? 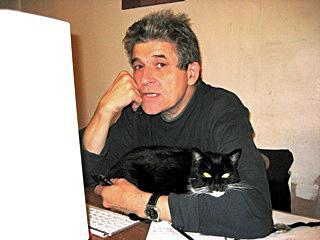 Well, this is me helping Roger update his web site. Although I had a pretty sound grounding in ringing from Mike before I took on Roger, I had not learned anything about web programming before I moved to Kensal Green. I was quite sorry to have to leave Mike as he had proved to be a loyal valet (*) but I had to let him go as I could not face moving to Germany. However, I really fell on all my feet with Roger who entertained me regularly with handbell ringing in my new home. So I was pretty gutted when, despite my best endeavours, he took his final journey to Nutwood. Uncharacteristically perhaps, he had planned in advance to make provision for my future comfort by arranging for Susie to look after my every need.

And so, it seemed only fair that I should do my best to make sure his Change Ringing Resources site should continue after his death, as I knew this was what he wanted. Fortunately, the site is very simply constructed so I can do this with only a minimum number of human support staff. He was keen that it should not be taken over by “the wrong sort” of webmaster who would overcomplicate it. I well remember him rehearsing one of his lectures on some of the less desirable trends in computing:

“This isn’t only about Javascript or Java, it’s about the giant creaking heap of poxy bug–ridden ill thought out bullshit that hides by the name of ‘web–programming’. Inflated crap knocked out by Microshit’s useless wanky authoring tools that only runs properly on Internet Explorer (on a PC); bloody Flash stuff that requires me to download some hopeless multi–megabyte ‘plugin’ that won’t run on my machine anyway; the whole smug, arrogant bunch of techies whose only answer to complaints that their website has stopped working is ‘please upgrade your browser’. (This of course is just another way of spelling ‘fuck off.’)”

The Change Ringing Resources site was created long before the widespread availability of broadband and the assumption that any web page, however big, would load in a trice. But even today not everyone has broadband or a computer that is modern enough to access websites driven by huge databases, in less than the time it takes to make a cup of tea. So I don’t plan any major “developments” to this site that Roger would not have approved of, just the updates and additional information that you .

Thanks for visiting www.ringing.info and happy (mouse) hunting.

(*) Note for dog owners: Unlike dogs, cats don’t have owners, we have “staff”.

What has Atom been up to? 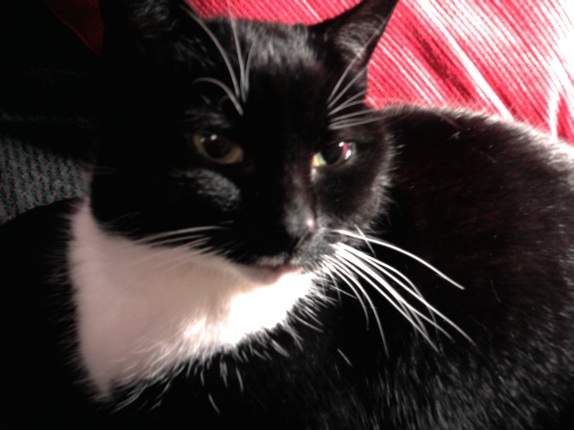 The hidden cost of progress

Just as the warm weather is starting to appear, and having a nap outside is looking more appealing, there has been a flurry of unwanted admin to deal with. A couple of ringing associations have redesigned their web sites into wizzy php jobs, where the old links to their tower pages stopped working and needed updating (135 links at the last count). And then EE decided to close the Orange email service for orange.net, orangehome.co.uk, wanadoo.co.uk, freeserve.co.uk, fsbusiness.co.uk, fslife.co.uk, fsmail.net, fsworld.co.uk, and fsnet.co.uk. This, apparently, is in response to the rise in free email services, so that their customers “can move to a better email experience” (with the likes of gmail). Ha! There were 178 ringer’s email addresses affected by this, which is causing a lot of agro for a lot of people.

If anyone has been worried about this page not having been updated for over a year, this is for you.

Following a sense of humour failure leading to a complaint to ICANN, all traces of my one time mentor have been removed so he will not appear now if you do a whois search. Dont worry if this is gibberish to you; I am not much the wiser but it did cause some unnecessary stress to my staff. I really prefer him to spend his time doing updates which, I understand, he has been getting on with from time to time. I have just done something rash and added a splash of colour, with the link to The Comic being via their mast-head logo. I hope nobody thinks this is too vulgar but anyway, if it brightens Robert’s day, who cares?

I have started adding links from the handbell compositions pages to the corresponding BellBoard records of the first performances on handbells. I’m not sure if that is of interest to anyone other than nerds, but the temptation to do the possible just got the better of me. Fortunately, although BellBoard is now becoming the definitive repository for new performances, it’s historical data is far from complete before the mid noughties, so the job of adding links is not as great as it might otherwise be. However, I am told that more historical records are to be added from peals.co.uk so I might add in the corresponding links later.

Many thanks to all the people who have sent me updates over the months, notably for the ringer’s email addresses (4,347 entries), Tower Home Pages (2,540 entries) and Ringing Associations (I have not counted). Nerds and obsessives can check out more details here and may also like to note that the list of Composers’ Full Names has crept up from 743 names at the end of 2012 to 791 now. Brrr, I don’t like this cold weather.

I have just done a major overhaul of the Tower Home Pages page, updating 170 odd links (mainly to Mike Chester’s site), identifying a couple of dozen or so broken links and removing 40 odd duplications. That’s still less than 10% of the total but it kept me off the streets for a few nights. As ever, please about further updates that are needed.

What’s this font? It’s Verdana, a sans serif font that I think is easier to read than the default one (“Times New Roman”?). And I got my chaps to do some more work behind the scenes so the font can be changed easily via something called CSS (far too technical for me to understand). You might have noticed also that there are in-page links near the top of the home page in the hope of making it a bit more user friendly. And a large number of e-mail links have had the JavaScript treatment in addition to the ones in the e-mail directory. I would like to say they have all been done now but there might be one or two I have overlooked.

For added security and peace of mind, the Change Ringers’ e-mail Directory now uses JavaScript, as described by Mark Davies, to give better protection against spam harvesters. In the bad old days the addresses were listed undisguised, and some years ago there was a suspicion that they had been harvested by spammers. To get round that Roger disguised the addresses by replacing the giveaway ‘@’ character by ‘-at-’. Users of the Directory then had to change this manually back to ‘@’. I have not heard that any spammers collected large numbers of email addresses from the Directory since then but it remained vulnerable to spam harvesters that were aware of this simple substitution trick. So now I have dragged Change Ringing Resources a little further into the 20th century by using JavaScript (which has been in Internet Explorer since 1996) to generate each e-mail address from a string of garbled junk in the source file. And I have changed the font to one I hope is easier to read.

The only downside now is that some browsers (on smart phones?) might not use JavaScript or might not trust the site, or maybe there are other problems I don’t understand. So please if you have problems, especially if you can offer a simple solution before Roger starts spinning in his grave.

I suppose now I ought to give the JavaScript treatment to all the e-mail links back to me, but there are rather a lot of them and I’m feeling a bit weary – time for a cat nap.

In January 2013 there were 4,655 e-mail addresses listed here, some of which were thought to be obsolete. This is a bit of a massive task, but, with a little help from my friends, I have managed to weed out over 600 obsolete ones and there are now 4,048 (including quite a few new ones). The job is not finished yet so please if you find any that bounce. And, as ever, make sure your latest address is listed.

I have done a minor update to the layout!

The home page seems to have evolved and grown over the years to a point where it was not obvious where to put links to new material, and not obvious where to find certain information on the page. Also, the ‘Miscellaneous’ section had become rather big. Roger had a go at getting round this by constructing an ‘index’ that used (then) new fangled ‘frames’ that not every browser supported (in the last century). But not everyone likes to use the index; it has the disadvantage that you can’t easily copy a link of the page you are looking at – handy if you want to send a link to your chums (assuming you have any). Another disadvantage is that it can be difficult to get rid of the index when you follow a link to another site, as it just sits there on the left hand side of your browser taking up screen space.

So there have been a couple of tweeks. Firstly, I have created a number of new headings and regrouped the existing information in a way which I hope makes it easier to find. Secondly, as well as updating the index for the new headings, the index itself should now disappear when you follow any of the links from the home page. Have a go and you will see what I mean.

I hope you like the changes but no doubt you will if you don’t.